My first In-law Elixir was brewed for our wedding in 2014. It was an American Pale Ale extract kit from Northern Brewer (I think). This is the first version I ever did all-grain and only the second beer I ever attempted all-grain. This SMASH (single malt and single hop) recipe was in many firsts for me. First dry hop. First kegged batch. First filtered batch. First homebrewing award.

My impressions of the beer were very positive, though there was considerable mouth-drying harshness a week into kegging. I attribute this to the beer being to green still and it smoothed out over a couple weeks. It was bottled with a Blichmann Beer Gun about two months after kegging and submitted to the Enchanted Brewing Challenge organized by the Dukes of Ale.

This recipe was exported from BeerSmith and embedded using the BeerXML WordPress plugin. 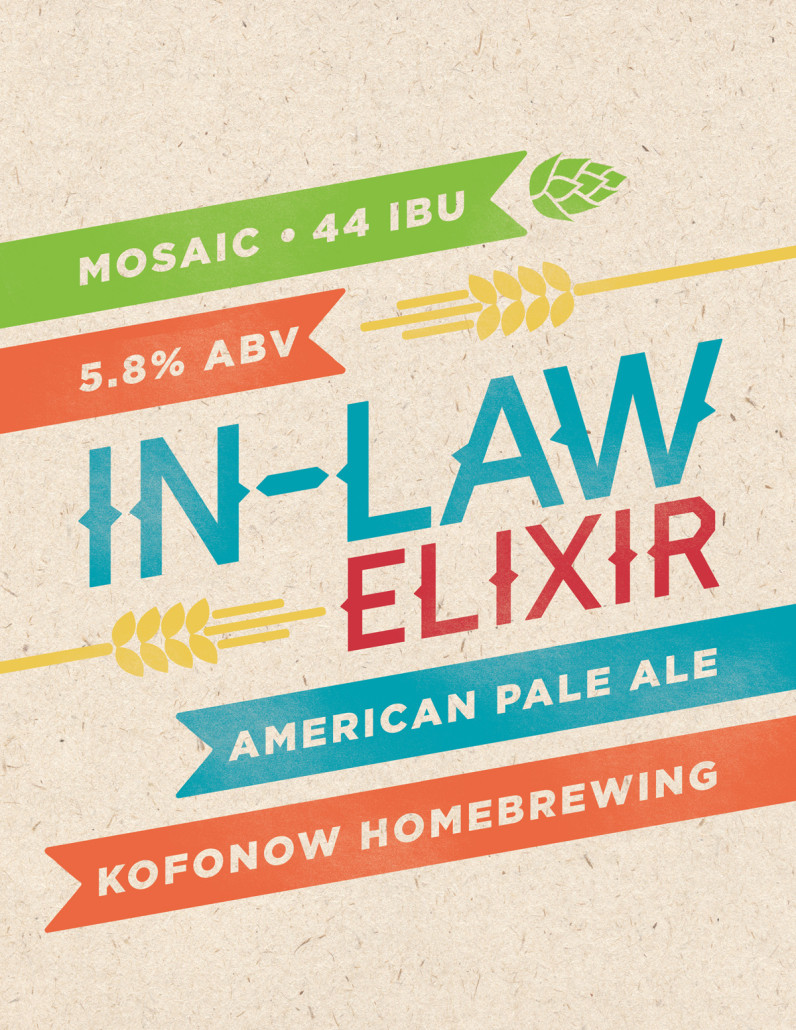